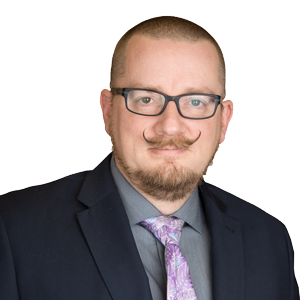 by Aron Lommel, 2016 in blog "Translation and Localization supplier"

When enterprises contract with language service providers for translation, they expect professional linguists with strong credentials to work on their project. Because the issue of who is a “qualified” translator has major implications for clients, LSPs, and vendors alike, industry stakeholders have long tried to standardize the procurement of translation. However, this is no easy task. In this post, CSA Research describes the ISO 17100 standard and problems with its road to adoption.   In 2015, the International Organization for Standardization (ISO) released ISO 17100 “Requirements for translation services.” This international standard covers requirements for translation processes and providers and replaces European EN 15038. Many language service providers who had embraced EN 15038 are now adopting the new international version.  Buyers of translation services should not rely on any certification alone as a proof of LSP credentials but it adds credibility. Some buyers such as government agencies have legal or policy requirements to work only with certified providers.  The standard’s requirements for the qualifications of individual translators in particular has proven very controversial. It provided three criteria under which translators would qualify to work on ISO 17100-compliant projects: “1) a recognized graduate qualification in translation from an institution of higher education; 2) a recognized graduate qualification in any other field from an institution of higher learning plus two years of full-time professional experience in translating; or 3) five years of full-time professional experience in translating” (emphasis added). Although not all providers adopt these standards – and even those that do adopt them do not use them for all projects – they influence what qualifications LSPs and buyers generally look for.  The standard includes three notes about these requirements that clarify that 1) “graduate qualification” is the first level of academic award from a higher-education institution; 2) a “translation degree” includes degrees that cover translation even if they do not include “translation” in the degree title; and 3) “full-time professional experience” includes full-time equivalency (for example, four years of half-time experience equals two years of full-time experience).  Some member bodies subsequently attempted to remove these notes as non-technical editorial errors via a procedural vote. Their proposal won a subcommittee vote, and the request went forward to the full membership of ISO Technical Committee 37 (which is responsible for translation-related standards) in December for approval.  Many member bodies objected, however, because removing these clarifying notes would have the following consequences:

Removing the explanation about what a degree “in translation” means would potentially disqualify courses of study that do not mention “translation” in the degree name, even if they focus on translation. In Europe and Asia, translators often benefit from a well-established system of academic credentialing. By contrast, translators in North America are much more likely to have degrees in other fields, such as “Spanish language studies.”

In some parts of the Anglo-American world the term “graduate qualification” means a degree at the master’s level of higher, while in other areas it refers to a bachelor’s degree. An individual therefore might quality in one country but not in another.

Without the inclusion of full-time equivalency, the standard might exclude translators with many years of experience who work part-time by choice or necessity as managers, interpreters, or editors, in addition to translating. These changes would disproportionately affect translators working in emerging markets who deal with less common languages, where there may not be enough demand for full-time employment.

At the American Translator’s Association (ATA) meeting in October, Robin Bonthrone reported that up to 50% of working translators who quality under the current version might not do so if the notes were removed, suggesting that a version without the notes would “fail the reality test.”  Fortunately, ISO’s central secretariat intervened and sent the proposal back to TC37 for further discussion. It ruled that the notes could not simply be removed as editorial corrections because that would change the technical applicability of the standard. It will now be at least a few months before the notes can be removed.  This anti-competitive move could directly affect the ability of LSPs and freelance translators to work on many projects. CSA Research contends that the elimination of the notes would serve no benefit to the industry, but instead would favor certain parties in a small number of countries by artificially reducing the supply of eligible providers. Far from producing an accepted international standard, removing the notes would reduce the scope of its practical applicability and decrease trust in it, which surely defeats the objective of developing a neutral, unbiased global standard in the first place.   What can you do? For this or any other proposed standard that you feel strongly about, CSA Research recommends that you contact the technical committee and give them your feedback, either for or against. The committees creating standards need input from the supply and demand side of the market and if the industry does not engage, the specifications that emerge will not be representative of its needs

Brought to you by www.sierra-editing.com , at your service. October 3, 2018