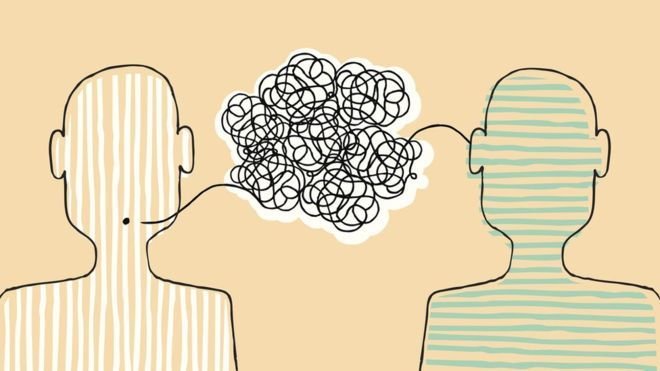 Translation apps are getting better, but they're still not perfect, particularly for minority languages. Can artificial intelligence and deep neural networks help iron out the glitches?

During the World Cup in Russia this summer there was a dramatic spike in the use of Google Translate, the company says, as fans tried to strike up conversations with their hosts and fellow fans from around the world.

The words for "stadium" and "beer" were in particularly high demand.

These days the traditional phrasebook is on the way out. A recent survey from the British Council found that nearly two-thirds of 16 to 34-year-olds now rely on translation apps to help navigate the local lingo.

But while such apps are undoubtedly getting better, they're still not totally reliable - a fifth of those surveyed said they experienced misunderstandings while on holiday because of mistranslations on their phone.

The issue is particularly acute for speakers of non-mainstream languages.

Welsh people, for example, have been noticing some particularly "scummy" translations. One warning sign reading "Blasting in Progress" was rendered as "Gweithwyr yn ffrwydro" or "workers exploding", for example.

And this summer, a Google Translate user discovered that typing "dog" 18 times produced a Maori translation reading: "Doomsday Clock is three minutes at twelve We are experiencing characters and a dramatic developments in the world, which indicate that we are increasingly approaching the end times and Jesus' return."

So why are translations glitches still happening in the age of supercomputers and machine learning?

One big problem is that words often have more than one meaning. These homographs, as they're called, can lead to embarrassment not just for holidaymakers but for governments as well.

Take the UK government's botched German version of the Brexit white paper in July, which translated the phrase "democratic exercise" as "demokratische Übung" - where "Übung" meant physical exercise not practice.

To deal with mistakes like this, translation apps are continuously refining the ways in which machine learning is applied. They make use of previously translated texts to provide their answers, checking the context in which the word has been used before and selecting the most likely meaning.

Earlier this year, Microsoft announced that it had achieved "human parity" in the quality of its translations. A set of Chinese news articles were machine translated into English and a team of independent experts found that they were on a par with translations provided by two professional translators.

The key to this breakthrough was the use of deep neural networks, Microsoft said, as well as statistical machine translation.

Simply put, this involved refining the first "rough" translation by going back over the results several times in each direction, comparing and contrasting and learning each time, in a similar way to a human.

A translation system already has a fair idea of what a grammatical sentence in each language looks like based on all the documents it's learned from in the past.

"Rather than writing handcrafted rules to translate between languages, modern translation systems approach translation as a problem of learning the transformation of text between languages from existing human translations and leveraging recent advances in applied statistics and machine learning," explains Xuedong Huang, technical fellow, speech and language, at Microsoft Research.

Reaching human parity sounds like a pretty impressive achievement. But even Microsoft admits that translating historic news articles is not the same as translating live human conversation, where the nuances of idiom, accent and dialect present a much bigger challenge.

translating
36 Metaphors for Translation
Do Translation Equivalents Really Mean the Same Thing? (New Research)
The “Internet of Things” and the need for translation services