Music is the universal language: How musical notation and language are linked 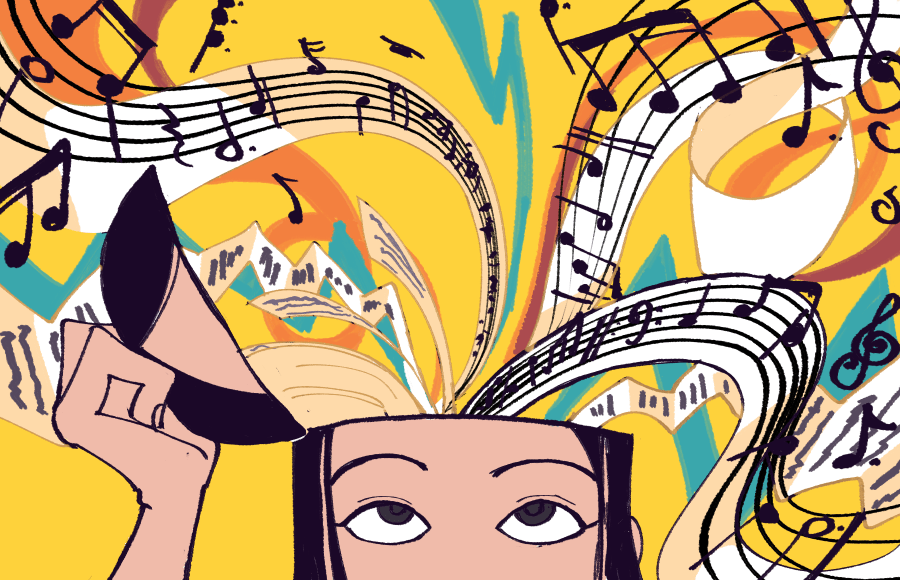 I never fully appreciated why my parents signed me up for what seemed like every music class imaginable. When I was younger, I viewed practicing the piano and violin as a chore, or something that had to be done every day before being able to watch Disney Channel. I recall struggling to decipher what seemed like black dots on a page and hastily practicing my chord progressions, with my parents constantly reminding me that playing instruments would “be good for your future.”

While the majority of my classmates at school would bond over their dislike of learning an instrument, however, I found myself gradually looking forward to learning new songs, practicing them and eventually performing them in front of my family. Maybe it’s because my parents used Disney Channel as an incentive, or maybe I just needed their initial push.

Regardless, I came to appreciate music as a form of self-expression, a means to communicate your thoughts and feelings that may be otherwise difficult to verbalize, and of cultural cohesion, creating a shared emotional experience and forming human connections that were once unimaginable. I realized that once I overcame the initial barrier of learning to transcribe notes on a page, the hardest part was over.

Learning musical notation, while similar to learning how to read and write your first words, has instrumental benefits to language development and cognitive functions.

Studies have shown that the left planum temporale, the part of the brain involved in auditory processing and receptive language, is active when musicians are either reading and listening to music or comprehending speech. But, when nonmusicians are listening to music, their brains do not process it in the same area as language — while processing language is an innate ability, music perception is something that is learned with practice.

Take Finland, for example, where the average person learns to speak three to five languages. This is a result of the country’s custom of early music training, in which babies and toddlers learn the fundamentals of musical notation through songs and games. In fact, a study by the Proceedings of the National Academy of Sciences reveals a strong correlation between children who study music before the age of 7 and the development of higher IQs and a bigger range of vocabulary. Because 95% of the brain’s growth occurs during these critical early stages of life, this sensitive development phase accentuates the brain’s abilities to pick up on the subtle differentiations between sounds. This malleability of cognitive functions is beneficial not only to the pronunciation of languages, but also to the acquisition of foreign languages.

In addition, evolutionary evidence from Oxford University highlights how, although music evolved 500,000 years ago, speech and language started developing a mere 200,000 years ago. It’s clear that the neural networks of both music and language have significant overlap, and that our use of speech as a form of communication has its roots from the original evolutionary history of music.

So, what does this mean? This means there exists an intrinsic link between music and all language-related cognitive networks.

If you’re looking to learn something new, consider picking up a new instrument! After all, music is the universal language.

Brought to you by www.sierra-editing.com , at your service. Aug 9 2020