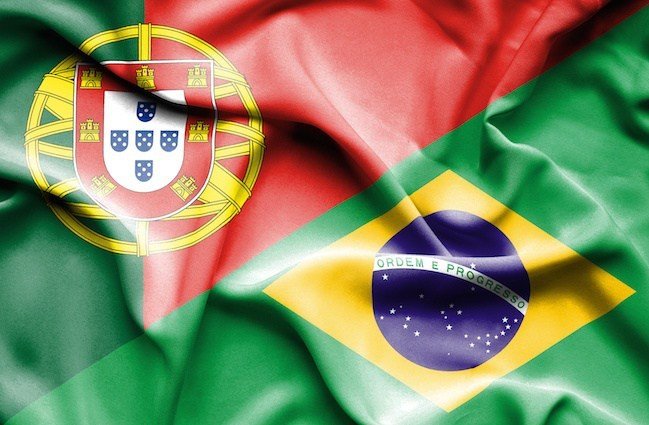 by Alexandra Morais / in Venga

Now that Portuguese spelling is (mostly) standardized in countries that speak it, translators have one less thing to worry about when crafting translations. But like most languages, culturally-specific variances and local expressions still retain their differences.

Most likely, translators will be working with either European or Brazilian Portuguese, so that’s what we’ve focused on below. Portuguese in African countries often adopts vocabulary, syntax, and cultural context from other local languages, so it’s vital that translators understand differences in syntax and vocabulary, as well as a region’s history (which affects language variations).

The use of prepositions, pronouns, and gerunds are also completely different in each of the countries. Portugal doesn’t use gerunds at all.

The translations of simple words like ‘refrigerator’, ‘ice cream’, and ‘pedestrian’, in European Portuguese have completely different meanings in Brazil (refrigerated warehouse, cold, and pawn, respectively). Even the phrase used to answer the phone is different! In Brazil, you say “Alô” which is equivalent to “hello?”. In Portugal, the phrase is ‘Está lá?”, the equivalent to “are you there?”.

Trying to unify the spelling of all Portuguese-speaking countries is not necessarily useful when it comes to localization. The two variations of Portuguese are not as similar to each other as the two variations of English, for example. In general, any Portuguese speaker can roughly understand any written Portuguese text, but spoken language may pose a greater challenge, especially if the text is informal or highly dependent on localized references.

However, since there are so many nuances when it comes to syntax and semantics, a localized text still needs to be adapted to the specific Portuguese-speaking target audience. Keeping your target audience in mind will help you manage syntax, phonetics, and vocabulary. Localizing phrases–or being aware that many idioms don’t translate well–is also a vital part of the process.

Brought to you by www.sierra-editing.com , at your service. September 24, 2018