Speaking more than one language can boost economic growth 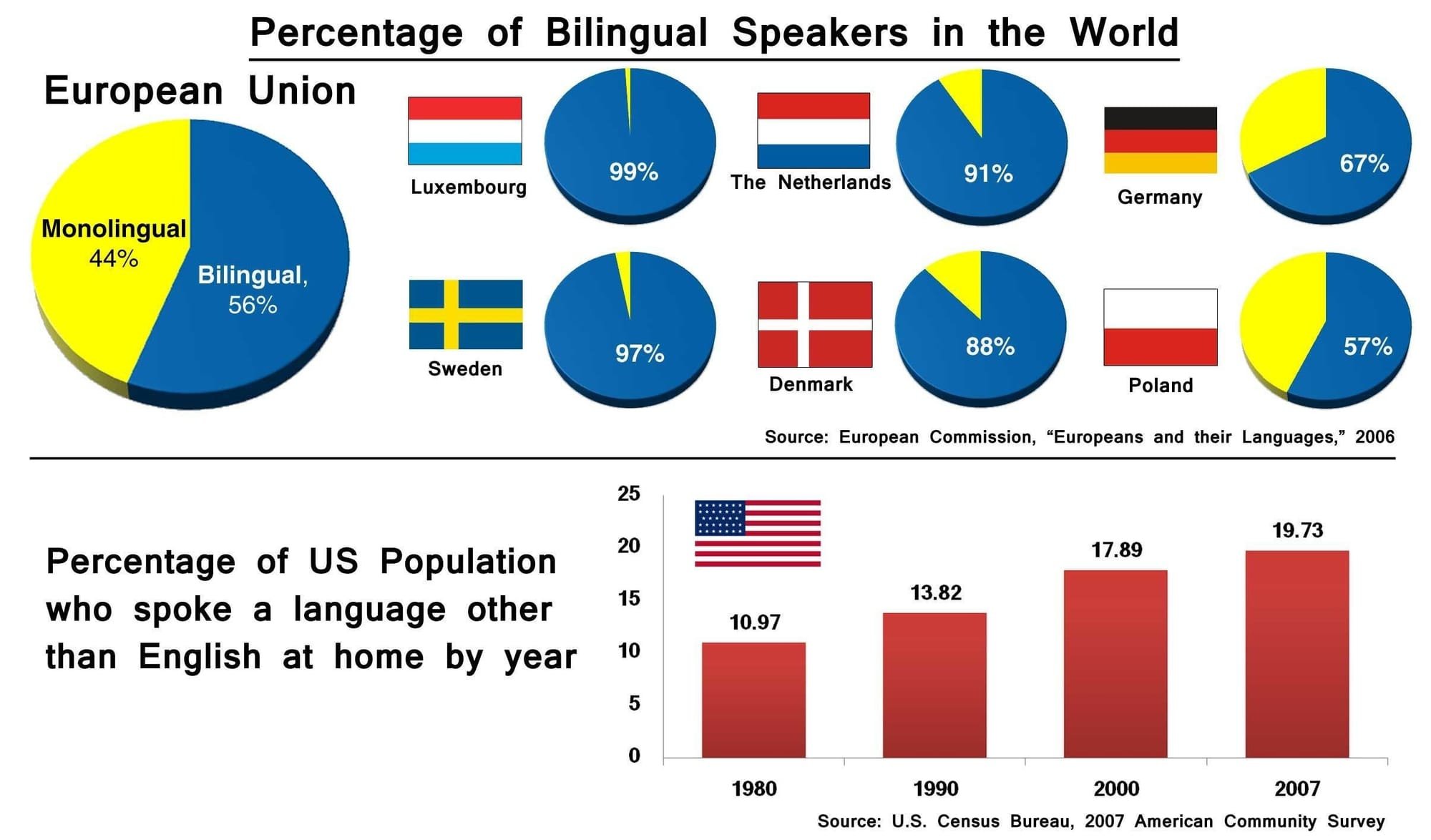 Multilingualism is good for the economy, researchers have found. Countries that actively nurture different languages reap a range of rewards, from more successful exports to a more innovative workforce.

“Language matters on a large-scale national level and at the level of smaller businesses,” says Gabrielle Hogan-Brun, a research fellow in Language Studies at the University of Bristol, citing data that links economic growth to linguistic diversity.

Switzerland, for example, attributes 10% of its GDP to its multilingual heritage. The country has four national languages: German, French, Italian and an ancient Latin-based language called Romansh.

Britain, on the other hand, is estimated to lose out on the equivalent of 3.5% of its GDP every year, because of its population’s relatively poor language skills.

This may be partly because languages can help build trade relations. A study of small and medium-size companies in Sweden, Germany, Denmark and France found that those which invested more in languages were able to export more goods. German companies that invested heavily in multilingual staff added 10 export countries to their market. Companies that invested less said they missed out on contracts.

Researchers have also long highlighted the individual benefits of speaking more than one language. For those who find languages difficult, the good news is that you do not have to be fluent to feel a positive impact.

Several studies show that languages boost earning power. In Florida, workers who speak both Spanish and English earn $7,000 per year more than those who only speak English. According to a Canadian study, bilingual men earn 3.6% and bilingual women earn 6.6% more than their English-only peers. The twist: this was true even if they didn’t use their second language for work.

“It seems you don’t have to actually speak a second language on the job to reap the financial rewards of being bilingual,” says economics professor Louis Christofides, one of the authors of the study. The authors speculated that this was because knowing a second language was seen a sign of cognitive power, perseverance and a good education.

Beyond these immediate economic rewards, languages can help a country’s workforce in more subtle, long-term ways. Multilingualism has for example been shown to be good for brain health, delaying the onset of dementia. It has also been associated with a better ability to concentrate and process information. The effects are strongest in people who were multilingual from a young age, but acquiring languages later still made a difference.

“Even a one-week intensive language course improved attention and this effect remained stable nine months later in those who practised five hours a week or more,” say Thomas Bak, reader in Psychology at the University of Edinburgh, and Dina Mehmedbegovic, lecturer in Education at UCL, in a paper on the value of linguistic diversity. 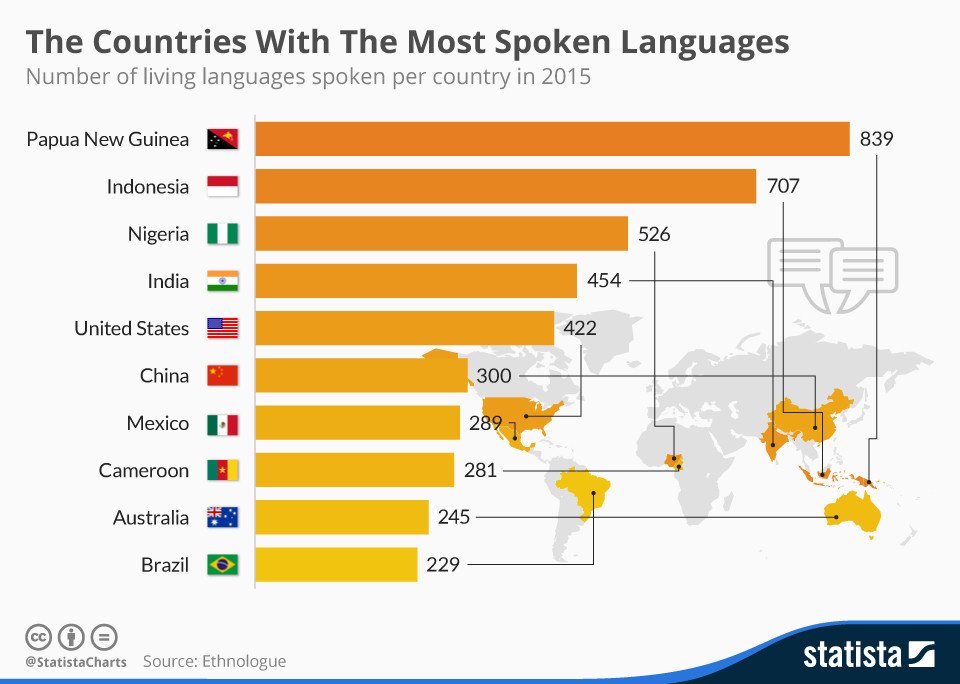 So how can countries boost their linguistic capital? Bak and Mehmedbegovic use the term “healthy linguistic diet” to describe a positive approach to languages across a lifespan.

This is especially important since many countries already possess a vast, untapped linguistic resource in the form of migrant families. But while many monolingual parents push their children to take language classes, migrant parents may feel discouraged from passing on their own language for fear of discrimination, or because they think multilingualism is harmful. The result? "The size and richness of language at home is compromised,” says Viorica Marian, Professor of Communication Sciences at Northwestern University.

Given that linguistic diversity has such a powerful economic impact, it’s alarming that many languages face a serious risk of extinction. The most vulnerable are languages spoken by small communities in mountainous areas. The main drivers for their decline, according to the researchers’ data, are globalization and high economic growth.