The Magic of "Untranslatable" Words 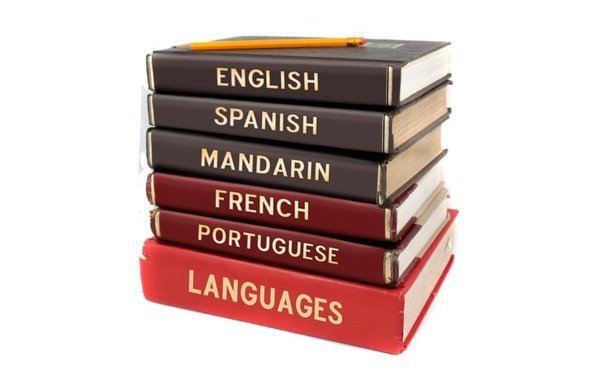 English dates back to the migration of Germanic tribes to the British Isles around the 5th Century CE. Since then, it has enthusiastically embraced words from diverse tongues, voraciously adding these to its ever-swelling lexicon.  Credit: GraÌ¤a Victoria/Thinkstock (MARS)

Frisson. What a strange word. It evokes that peculiar intermingling of excitement and fear that can attend momentous events. The spark of electricity when you lock eyes with someone who is yet unknown to you, but who might just be ‘the one.’  The queasy sensation of anxious adrenaline when a big news story breaks. The fearful joy as you plunge downhill on a vertiginous rollercoaster. The word ‘thrill’ perhaps comes close. But not quite. As such, realising that all near-equivalents in English are imperfect, we gladly alight upon the French loanword. And as we do, our existence feels just a little richer and more nuanced.

Whenever people strive to describe the unique cultural dynamism of the United States, they often alight on the metaphor of a melting pot, evoking the nation’s alchemical intermingling of people from all corners of the globe. Less commonly remarked upon is that English is likewise such a melting pot – assimilating words from multiple languages, and being indubitably enhanced in the process. As a distinct branch of the Indo-European language tree, English dates back to the migration of Germanic tribes to the British Isles around the 5th Century CE. Since then, it has enthusiastically embraced words from diverse tongues, voraciously adding these to its ever-swelling lexicon. Indeed, with such words often being anglicised, people can easily be unaware of the extent to which English has been assembled using parts taken from elsewhere. Who would guess, for instance, that so many words which seem thoroughly English have their roots in Arabic – from algebra and algorithm to zenith and zero. Indeed, if we scratch beneath the surface, English is a veritable bricolage of these ‘borrowed’ words.

Such words have long fascinated linguists, who refer to them as loanwords – i.e., words that English has ‘borrowed,’ usually because it lacks its own native term for the phenomena that the word signifies (although there can also be other reasons, like the prestige associated with deploying foreign terminology). Then, with the passage of time, and the legitimacy conferred by widespread usage, such words eventually become assimilated into English (often with a degree of adaptation). However, perhaps even more intriguing is the related phenomenon of so-called ‘untranslatable’ words: essentially, words which also lack an equivalent in English, but haven’t yet been borrowed. Admittedly, untranslatability is a contentious term. On the one hand, it could be argued that no word is actually truly translatable. Words are embedded within complex webs of meanings and traditions. As such, even if languages seem to have roughly equivalent words – amour as the French counterpart to love, for instance – translators have long argued that something precious is always lost in the act of translation. Conversely though, some people submit that nothing is ever genuinely untranslatable. Even if a word lacks an exact equivalent in English, its meaning can usually be conveyed in a few words, or at least a couple of sentences. However, it’s the fact that a word doesn’t appear to have an ‘exact match’ in English that makes it so potentially intriguing (and, in common parlance, renders it ‘untranslatable’). Such words pique our interest, and for good reason. Above all, they appear to indicate the existence of phenomena that have been overlooked or undervalued by English-speaking cultures.

To appreciate this point, let’s consider why we have words. Words carve up the world into digestible pieces, thereby rendering it comprehensible. They then allow us to cognitively engage with these pieces: to create mental representations, and to articulate and discuss them. As such, an ‘untranslatable’ word alerts us to something in the world that English speaking cultures might not have noticed, or not analysed with much detail, but which another culture has picked up on. However, here we see the value of English – indeed all languages – being a melting pot: it is able to embrace and assimilate these untranslatable words (which, in the process, acquire the status of loanwords). In doing so, their meanings may shift slightly, and some nuances might get lost along the way. But without doubt, as English absorbs these words, it unequivocally gets richer and more complex. And our understanding and experience of the world is enriched and deepened accordingly. Think, for instance, of the intellectual leaps that English speaking cultures were able to make upon encountering the Arabic notion of zero.

Inspired by the idea that untranslatable words can expand our emotional and cognitive horizons, I resolved to comb the world’s languages for such words. Not all words mind you; such a task would be prohibitively ambitious. Rather, words specifically pertaining to wellbeing. To give some context here, I’m a researcher in positive psychology, a field of academia broadly concerned with the overarching notion of flourishing. While the field has generally been well-received since its inception, it has drawn some perceptive critiques. Prominent among these is that its constructions of wellbeing have been shaped by the Western cultural context in which the field emerged. Now, though, the field is becoming more attuned to variation in how wellbeing is conceived and experienced in other cultures.

It was in this spirit that I aimed to create a ‘positive cross-cultural lexicography,’ featuring untranslatable words from across the world’s languages. I was driven by the hope that these words would enrich our understanding of wellbeing – revealing lacunas, and uncovering valuable new psychological constructs and processes. Initially, I located 216 words, which I analysed thematically in a paper published in the Journal of Positive Psychology. Since then, the list has grown — aided in part by generous feedback to my website — to 601 words. Yet it very much remains an incomplete work-in-progress; indeed, out of some 7,000 languages on earth, only 72 are currently represented. As such, I feel like I’m only scratching the surface of a deep and mystifying ocean. But even in it its rudimentary state, how fascinating the list is!

As I contemplate the words, I divide them into three categories. Firstly, there are words that spark an immediate flash of recognition; I know the feeling well, but just never previously had the mot juste to articulate it. Take the German noun Treppenwitz, which literally means ‘staircase wit’: that all too common phenomenon of a witty rejoinder that comes to mind just after an interaction! Secondly, there are words I think I’m familiar with, but which still leave me intrigued, as if their full meaning and significance elude me. Frisson is a good example. So too are a batch of Scandinavian adjectives that roughly translate as ‘cosy’ – such as hyggelig and koselig – but which are extolled as conveying an almost existential sense of warmth and security. Likewise the mysterious German term Sehnsucht, which evokes an ambivalent, bittersweet sense of ‘life-longings.’ That said, we do find attempts to render such terms more comprehensible. Indeed, Sehnsucht is one of the few on the list to have been analysed empirically, in the form of a psychometric scale created by Susanne Scheibe and colleagues; factor analysis suggested the construct comprises six core characteristics, including utopian perspectives, a sense of the incompleteness of life, and high levels of self-reflection. It is my hope that this project will stimulate a research agenda where all words on the list are eventually afforded this kind of treatment.

Then finally, there are words that seem utterly beyond my ken, but nevertheless completely captivate me. Many hail from Eastern religious philosophies – words such as Nirvana or Tao – and it feels like it would take a lifetime practising within these traditions to attain even a rudimentary level of understanding of what these mean (which, indeed, may be precisely the point of such traditions). Even as it is though, there is a certain frisson from knowing that such terms exist; from knowing that our world – parsed and circumscribed as it is by the limits of our vocabulary – is far stranger and more magical than we may have ever imagined.

About the Author: Tim Lomas is a lecturer in positive psychology at the University of East London. His research interests include mindfulness, Buddhism, and 'second wave' positive psychology. His forthcoming book, entitled The Positive Power of Negative Emotions, will be published by Piatkus in autumn 2016.

Brought to you by www.sierra-editing.com , at your service. October 1, 2018