Which EU countries are the best and worst at speaking English? 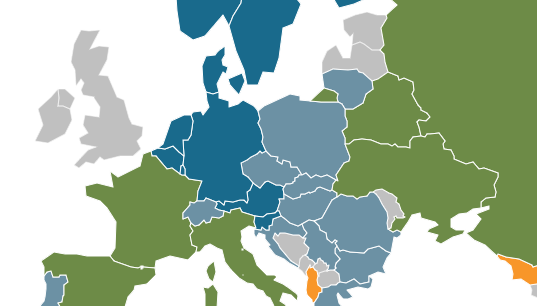 France has the lowest level of English proficiency of any country in the European Union, according to an annual index released this week.

The 2018 English Proficiency Index by global language training company Education First compared levels of English among non-native speakers across 88 countries around the world.

The country was given 35th place overall and placed in the “moderate proficiency” group. 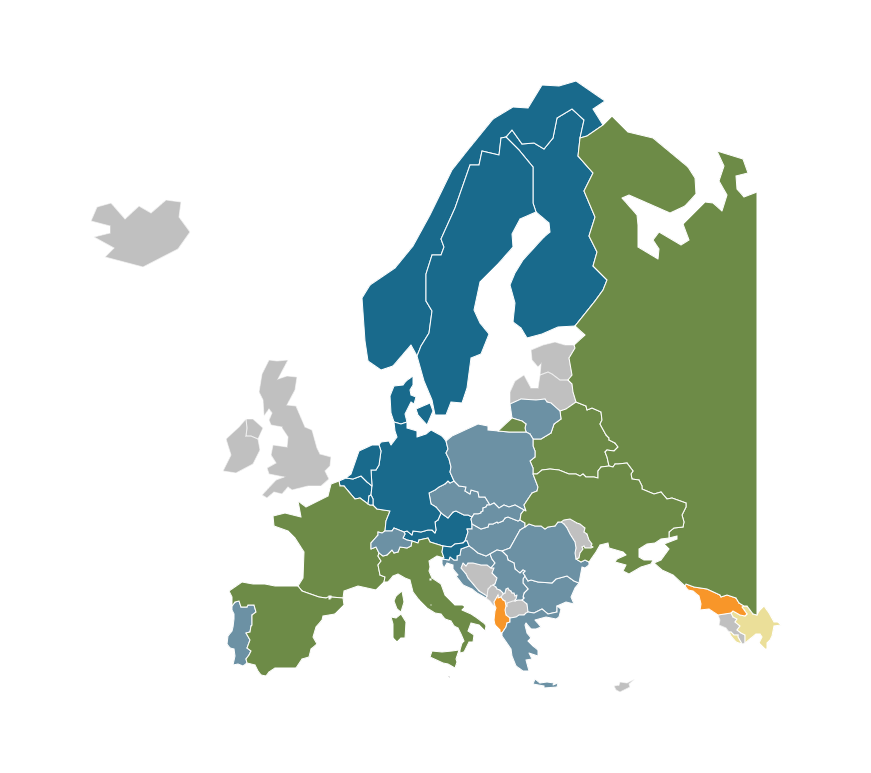 Proficiency decreases from Dark Blue; Light Blue; Green; Orange and to Light Yellow (grey means not applicable or no data)

The English Proficiency Index categorises countries within five levels. These range from "very high proficiency", in which people can used nuanced language, read advanced texts with ease and negotiate a contract with a native English speaker, to "very low proficiency" for people who can introduce themselves simply, understand simple signs and give basic directions.

Joining France in the “moderate proficiency” band, and at the bottom of all EU countries, were Italy and Spain.

France and Italy were both found to have improved their level of English proficiency since last year’s report, while Spain was found to have dropped. 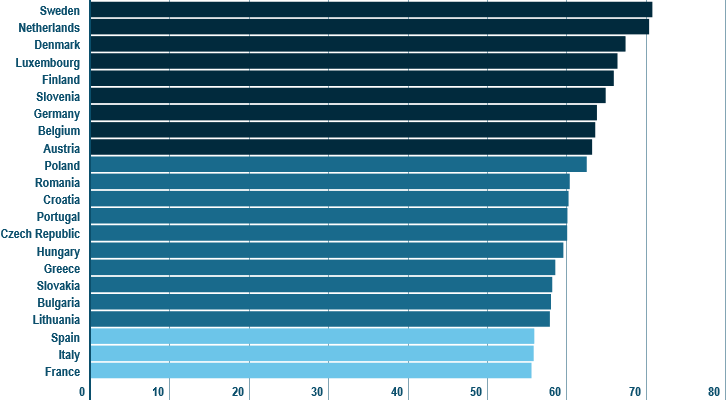 Overall, English skills were found to be stronger in Europe than any other region in the world, but Education First stressed that levels varied widely within the continent.

“Three of the continent’s largest economies — Spain, Italy, and France — have persistent English skill deficiencies, while countries in northern Europe occupy six of the top 10 positions in the index,” it said.

Meanwhile, it noted that “countries on the fringes of Europe lag significantly behind the European average.”

In the overall ranking, Libya was in last place, behind Iraq, Uzbekistan and Cambodia, which were all said to have “very low” levels of English proficiency.

Education First said various measures could help to improve levels of proficiency, including officially recognising English as a key skill; teaching English to all children starting from primary school; and avoiding dubbing films and television shows.

Brought to you by www.sierra-editing.com , at your service. December 7 2018