Why translators and interpreters deserve a special day of recognition 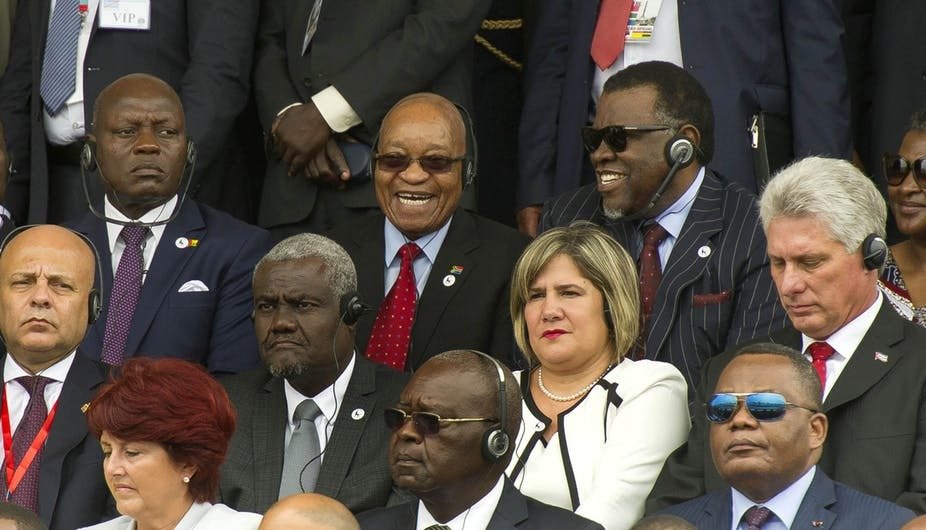 What’s the idea behind celebrating the day and its history?

September 30 has been marked as International Translation Day since 1991. It was chosen because it’s the feast day of the great Bible translator St Jerome, the patron saint of translators.

There is even greater cause for celebration this year. In May, the United Nations unanimously adopted a resolution recognising the role of professional translation in connecting nations and fostering peace, understanding and development. The theme this year is “translation and diversity”.

How does translation differ from interpretation?

Translation involves the transfer of meaning from one language to another in the written mode, whereas interpreting is either spoken or signed. Interpreting can be performed in any one of three modes:

It is important to note here that neither translation nor interpreting involve the transfer of words, as languages are structured differently. Rather, they transfer meaning, which must be done as accurately as possible. This, while taking into account cultural and linguistic dissimilarities.

This explains why knowledge of two or more languages isn’t enough. A translator or interpreter must also know the subject matter and be trained in the necessary techniques.

What are the daily, practical applications of translation?

Work opportunities in translation in the South African languages, range from legal, technical and educational contexts, public health information and annual reports to the localisation of websites and mobile phone technology. Translation in the major European languages, Swahili, Arabic and Mandarin is also flourishing.

Increasingly, the fact that we live in a globalised, digital world affects the way in which interpreters and translators work. Translators use translation tools to produce more consistent translations faster and more efficiently. Interpreters can now also work remotely.

But, there is also a danger that the immediacy of technology, like Google Translate, might cause us to be overconfident about the ability of technology to bridge all of our language barriers.

Google Translate can give us an immediate sense that we understand something about a text in another language. But research has shown research that its automated output is still considerably less professional than that of a translation student. And, if one wishes to communicate a message effectively using plain language, there is still no replacement for a professional language service which integrates rigorous quality assurance and qualified staff.

The story of interpreting into local South African languages is even more amazing if one considers all that’s been achieved since democracy. As the Nuremberg Trials after World War II marked the first use of simultaneous interpreting equipment, South Africa’s Truth and Reconciliation Commission could not have operated without the work of the first simultaneous interpreters ever to interpret into – and from – local languages.

These interpreters produced more than 28 000 hours or 3 551 days of simultaneous interpretation from April 1996 to October 1998. Of course, the courts, national government departments, parliament, provincial legislatures and local municipalities all cater for South African languages as well as for South African Sign Language.

How well developed is translation in South Africa and what does future look like?

Historically, translation has always played a pivotal role in South Africa – from the first Bible translations which codified the African languages and Afrikaans to the massive state-inspired increase in translation activity that permitted Afrikaans to take its place alongside English as an official language from 1925 onwards.

Thereafter, all South Africa’s languages underwent a so-called “Shakespearean” phase – with the translation of canonical works going a long way towards establishing the literary status of these languages.

Raising the status of the African languages to that of official languages in South Africa post-1994 led to an explosion of translation and interpreting work in the local and foreign languages. Opportunities for training and professional development also increased. Also, translation and interpreting play a key role in nation-building - acknowledging diversity while promoting understanding.

I have a rosier view of multilingualism in South Africa than language planners, who rightly point to the failure of legislation such as the Use of Official Languages Act to properly promote all the country’s languages.

The next major challenge is to bridge the digital divide. Companies competing globally have realised that English is not the catch-all language in the digital world. They need a multilingual digital communication strategy to reach multiple and diverse audiences. South Africa still has to realise this.

While banks have led the way in localising ATMs and ensuring that they employ multilingual frontline staff, other professions still need to make language an important part of the way in which they engage with their customers and with society.

But a lot of progress has been made in the digital sphere. Google, Microsoft Office and search engines like Firefox and Internet explorer are available in languages besides English. Cellphones can be accessed in these languages too. Keyboards, touch screen interfaces, spell-checkers and voice language inputs that work with local languages have also been designed and implemented in the past decade or so.

Of course, enormous linguistic challenges remain. But, in the words of Nelson Mandela himself:

No matter what challenges lie ahead, none are as great as those we have already overcome.

Brought to you by www.sierra-editing.com , at your service. September 30, 2018