What’s in a name? If you’re in China—the world’s second largest economy—a lot. In a country where each character carries its own unique meaning, the characters used to transliterate a company’s name can make or break it.

It’s easy to understand why so many companies set their eyes on the Chinese market. China, with its billion-plus population, is a major lure for companies looking to go global. However, for western companies, it’s probably the hardest country to localize for. As a result, many foreign firms take on a localized name to better tailor to Chinese customers.

However, in order for an international company to successfully break into the competitive Chinese market, the characters they trademark must follow a few rules. Allan Max, one of our Chinese Language Specialists, ranked them:

Getting it wrong can prove to be disastrous for foreign companies. Let’s take a look at a few examples:

When Google attempted to expand its ventures into China in 2006, they took the localized name 谷歌 (Gǔgē) to make it easier to pronounce for its Chinese audience. Their decision, however, was met with resounding laughter: The Chinese characters the company’s staff had chosen to use for Google’s name translated loosely into “harvesting song”. Dissenters even created the website No Guge, rallying for the company to change its name to something more fitting.

Despite their global reputation as a search engine giant, Google has only managed to capture less than 10 percent of the Chinese search market.

Having the wrong Chinese name can sometimes even result in franchise failure. American electronics retailer Best Buy first opened its doors in China in 2007, under the name 百思买 (Bǎisīmǎi). Though it sounds similar to its Western name, 百思买 roughly translates as as “think 100 times before buying,” which certainly isn’t an ideal message to send consumers. The result? Best Buy shut its doors in 2011 after experiencing a lack of success. 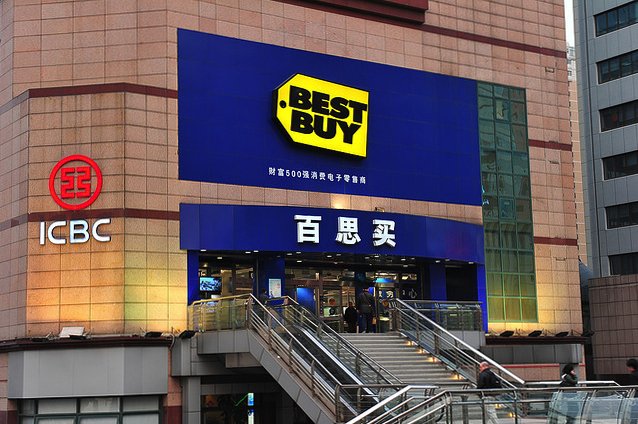 While it’s difficult to determine whether these companies lacked success solely due to their unfortunate choice of characters, it’s hard to buy into the idea that Chinese consumers don’t pay any attention to company names—especially when you hear global success stories. You’ll come to see that the outstanding foreign firms usually adopt names and branding that hint at the good quality of their product.

Before its official debut into the Chinese market, the now-ubiquitous brand knew that it would not be enough to rely on people being familiar with the name of their product, so they took things a step further: When choosing the Chinese characters that would represent them in the world’s most-populated country, the brand included a description of their product within its name, calling itself 可口可乐 (Kěkǒukělè), which directly translates as “delicious happiness”.

To the average Chinese consumer, Coca Cola’s claim seems to hold true—the soft drink company dominated with a share of 63 percent in 2014. 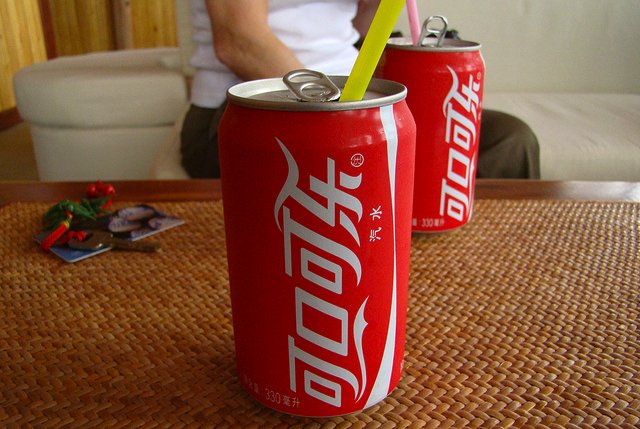 Out of all the other great examples, we love the Subway sandwich chain’s Chinese name the most. Over the past few years, the sandwich that boasts “more than 100 flavors” — the restaurant’s Chinese name 赛百味 (Sàibǎiwèi) literally means “filled with 100 flavors” — has taken China by storm. With 580 stores nationwide, this popular sandwich chain has grown exponentially in size and revenue. Mmm, tasty. 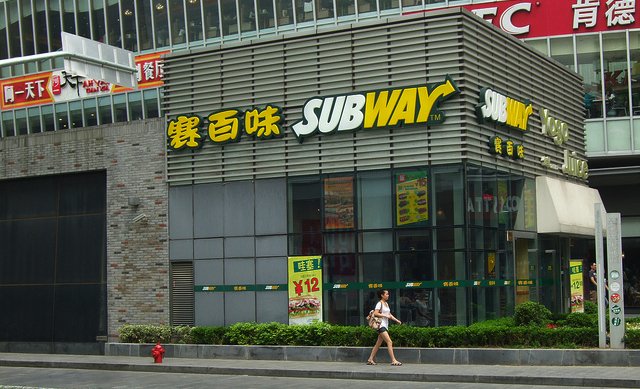 So you’ve read all about how Coca Cola and Subway used Chinese names to bolster their success, and you’ve been thinking about entering the Chinese market—one of the world’s largest economies. What’s the next step? Not everyone has the money to pay for a naming service, but having a native Chinese speaker translate the rest of your content is a good bridge between the two. It’s important to make sure your localized content sounds natural, down to your slogan. Full Chinese website localization is just as important if you want to break into the tough Chinese market.

Tons of up and coming companies are localizing into Chinese to seize on the market’s breathtaking size and potential. Here are some of the more prominent ones, with their associated meanings:

Main image by Ronnie Macdonald via Flickr under CC